A Technical, Material, and Application Overview of 3D Printing Technology

3D Printers are a new technology that is quickly gaining popularity. 3D printing is now commonly used all over the world. In the fields of agriculture, healthcare, automobile, locomotive, and aviation, 3D printing technology is increasingly being used for mass customization and development of any form of open-source design.

Industrial 3D printing is on the verge of becoming popular in a major way. While most executives and developers are unaware of it, this technology has advanced well beyond prototyping, rapid tooling, trinkets, and toys. “Additive manufacturing” creates long-lasting, sustainable goods that can be sold in small and large amounts to actual consumers. A 2014 PwC survey of more than 100 manufacturing firms revealed the origins of the revolution. 11 percent of respondents had already moved to volume production of 3D-printed parts or items at the time of the survey. According to Gartner analysts, a technology becomes “mainstream” when it achieves a 20% acceptance rate.

GE (jet engines, medical equipment, and home appliance parts), Lockheed Martin and Boeing (aerospace and defense), Aurora Flight Sciences (unmanned aerial vehicles), Invisalign (dental devices), Google (consumer electronics), and the Dutch group LUXeXcel are among the many companies that are using 3D printing to speed up production (lenses for light-emitting diodes, or LEDs). McKinsey recently stated that 3D printing is “ready to emerge from its niche status and become a viable alternative to traditional manufacturing processes in a growing number of applications,” based on these developments. In the United States, sales of industrial-grade 3D printers were already one-third of those of industrial automation and robotics in 2014. According to some forecasts, the percentage will increase to 42 percent by 2020.

If the variety of printable materials expands, more businesses will follow suit. Ceramics, cement, glass, various metals, and metal alloys, and modern thermoplastic composites infused with carbon nanotubes and fibers are already among them, in addition to simple plastics and photosensitive resins. The laggards would finally be persuaded by superior economics. While the direct costs of producing products using these new technologies and materials are often higher, the greater versatility afforded by additive manufacturing will result in significantly lower overall costs. Managers should now be dealing with strategic issues on three levels, with this transformative change already underway:

Next, sellers of tangible goods should understand how they can develop their offerings, whether by themselves or by rivals. Fabricating an object layer by layer, according to a digital “blueprint” downloaded to a printer, allows for unlimited customization as well as more complex designs.

Second, businesses in the manufacturing sector must reconsider their activities. What network of supply chain assets and combination of old and modern processes would be ideal when additive manufacturing provides a plethora of new choices for how, where, and where products and parts are fabricated?

Third, as entire commercial environments form around the emerging realities of 3D printing, leaders must understand the strategic implications. The potential for vast swaths of the manufacturing sector to atomize into an untold number of tiny “makers” has been discussed extensively. However, the vision tends to obscure a more certain and significant development: the creation of digital platforms to allow for the integration of activities among designers, manufacturers, and transporters of goods.

Initially, these platforms would allow for design-to-print activities, as well as design sharing and easy downloads. They will soon be able to orchestrate printer operations, quality control, real-time printer network optimization, and power exchanges, among other features. However, the growth of these platforms will have an impact on any company. There will be a lot of jockeying between incumbents and upstarts for a slice of the huge value that this new technology will generate.

These questions add up to a lot of strategic thought, and there’s always one more: How soon will it all happen? Here’s how quickly it can happen in a specific business: According to one industry CEO, the hearing aid industry in the United States transitioned to 100 percent additive manufacturing in fewer than 500 days, and no organization that used conventional manufacturing methods survived. Managers must decide if it is prudent to wait for this rapidly emerging technology to mature before making such investments, or whether the risk of doing so is too high. Their responses will vary, but it seems safe to assume that the time for strategic thinking is now for all of them.

Hearing help manufacturers in the United States
converted to 100%
3D printing in less than 500 days.

Multiple printer jets can be used in additive manufacturing to lay down various materials at the same time. As a result, companies including Optomec and others are working on conductive materials and methods for printing micro-batteries and electronic circuits directly into or onto the surfaces of consumer electronics. Medical equipment, transportation assets, aerospace parts, measurement instruments, communications infrastructure, and several other “smart” items are among the additional applications.

The huge appeal of reducing assembly work is driving the size of additive manufacturing equipment to increase. At the moment,

the US Department of Defense, Lockheed Martin, Cincinnati Tool Steel, and Oak Ridge National Laboratory are collaborating to create a capability for printing the majority of a jet fighter’s endo- and exoskeletons, including the body, wings, internal structural panels, embedded wiring and antennas, and, soon, the central load-bearing frame. Using a massive gantry with computerized controls to shift the printers into place, so-called big area additive manufacturing allows for large-scale object fabrication.

Only the installation of plug-and-play electronics modules for navigation, communications, weapons, and electronic countermeasure systems in bays created during the printing process will be needed until this process has been approved for use. The US military has been using Aurora Flight Sciences drones in Iraq and Afghanistan, which print the entire body of these unmanned aerial vehicles—some with wingspans of 132 feet—in one design.

This brief discussion of additive manufacturing’s benefits hints at how easily businesses will adopt the technology—and further inventory, shipping, and facility cost reductions will bolster the argument even further. The clear implication is that executives in all types of companies should be preparing for how their organizations can adjust to the three strategic levels described above. What will we sell is the most basic question in the industry, and product strategy is the response. In an age of additive manufacturing, companies must understand how they can best serve their customers. What new designs and features will be possible now that weren’t previously possible? What things can be changed as a result of the removal of limitations or delivery delays?

3D printing would be used extensively in the aerospace and automotive industries, for example, to improve performance.

Previously, jet fighters and vehicles could increase their fuel efficiency by lowering their weight, but this also resulted in them becoming less structurally sound. The new technology allows manufacturers to hollow out a part to make it lighter and more fuel-efficient and incorporate internal structures that provide greater tensile strength, durability, and resistance to impact. And new materials that have greater heat and chemical resistance can be used in various spots in a product, as needed. The use of additive manufacturing for more-tailored and fast-evolving products would have implications for how offerings are sold in other industries. What happens to product generations, let alone the excitement surrounding a launch?— when items can be updated continuously during subsequent printings rather than in the quantum leaps needed by traditional manufacturing’s higher tooling costs and setup times?

Consider a near-future scenario in which cloud-based artificial intelligence enhances additive manufacturing’s ability to modify or incorporate goods without retooling. Product policy shifts, such as product mix and design choices, may be taken in real-time. What new benefits should be at the heart of brand commitments in light of such rapid adaptation? 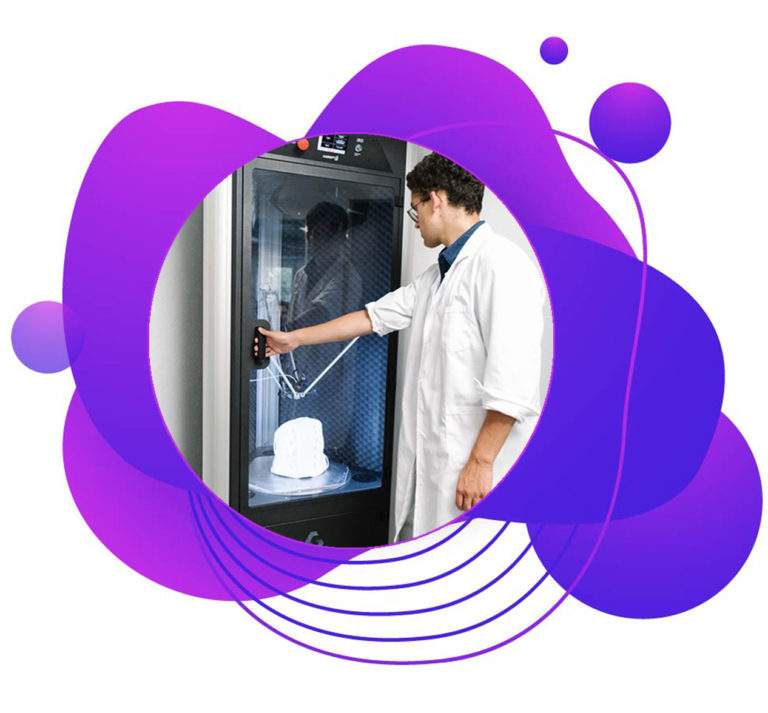 Operations have been re-optimized

All of the issues about how a business can purchase, produce, transport, and sell products are covered by operations strategy. For additive manufacturing, the responses would be very different. Greater operational efficiency is always a dream, but there are several ways to get there. Many businesses considering using the technology today conduct piecemeal financial assessments of unique opportunities to replace 3D equipment and designs with lower direct costs. When they extend their studies to include the overall cost of production and overhead, they can make even bigger benefits.

How much money could be saved if assembly measures were eliminated? Or by just producing in response to real demand, reducing inventories? Or through selling in a variety of ways, such as directly to customers via interfaces that enable them to specify any configuration? Producers will have far more choices in a hybrid world of old and modern manufacturing methods; they will have to determine which components or products to switch to additive manufacturing, and in what order.

Additional concerns about facility locations will arise. What customers should they be closest to? How can orders that are highly personalized be delivered as quickly as they are produced? Should printing be centralized in plants or distributed through a network of printers at manufacturers, stores, vehicles, and even customers’ facilities? None of the above, maybe. The answers can fluctuate in real-time as foreign exchange rates, labor

costs, printer quality and capacities, material costs, energy costs, and shipping costs change. Not only does a shorter travel distance for goods or parts save money, but it also saves time.

You’ll appreciate that if you’ve ever had to leave your car at a repair shop while the mechanic waits for a component. Many industrial tools and end-use car parts are being additively produced in BMW and Honda factories and dealerships, particularly as new metal, composite plastic, and carbon-fiber materials become available for use in 3D printing. Many industries’ distributors are taking note, willing to assist their business customers in taking advantage of the latest efficiencies. UPS, for example, is converting its airport hub warehouses into mini-factories by leveraging its existing third-party logistics sector. Instead of dedicating acres of shelving to vast inventories, the concept is to manufacture and distribute personalized parts to customers as needed.

With all of the potential efficiencies of highly integrated additive manufacturing, business process management may end up being the most critical capability available. To gain a competitive edge, some businesses that succeed in this field will develop proprietary teamwork systems. Others will follow and contribute to the creation of standard software packages produced by large software companies. 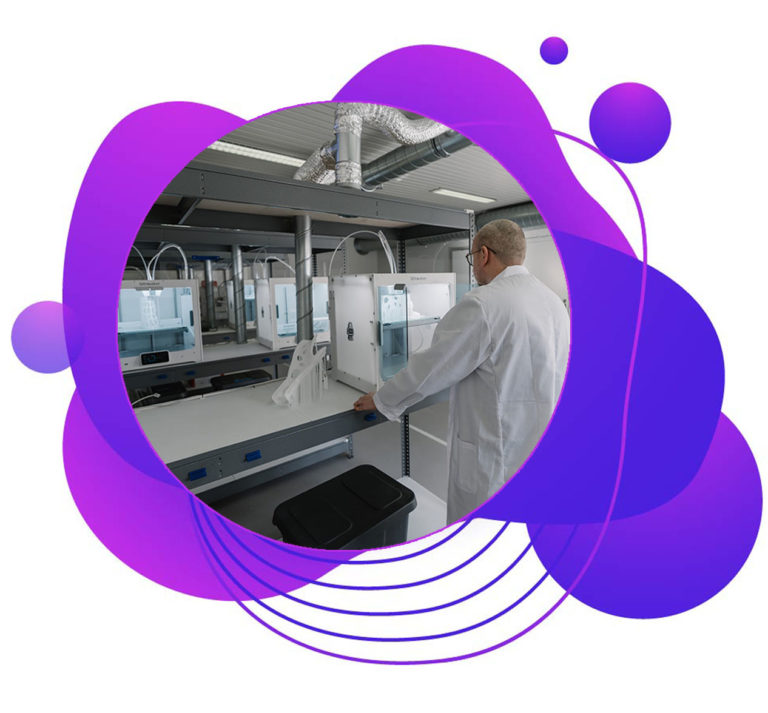